60 years ago, a "miura" (a bull bred at Miura, very strong and brave bulls), called "Islero", killed who was considered to be one of the greatest bullfighters of all times. That August 28th 1947, at the Linares bullfighting ring, "Manuel Laureano Rodríguez Sánchez" Manolete was killed caught by the bull's horn.

60 years later, and waiting for a Hollywood film based on his life to be released, the Local Consortium of Tourism is preparing a tourist route to guide and take the visitors through the bullfighter's favourite places of his home town. This initiative, presented at the "FITUR" (International Tourism Fair), and included in the cultural calendar of the town, will be launched this next Spring; as the Consortium manager "Federico Rodríguez" informed the newspaper "ABC": we wanted to present this initiative (this new route) to coincide, not only with the 90th anniversary of the bullfighter's birth (July 4th 1917) and the 60th anniversary of his death, but also with the film based on his life, directed by Menno Meyjes and starred by the actors Adrien Brody and Penelope Cruz. 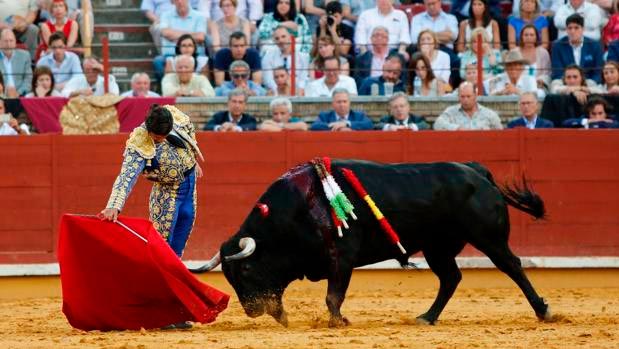 Foreigners who wish to delve into Manolete's past will visit the house where he grew up, in the neighborhood of Santa Marina; the Lobatón farm, in which he gave his first capotazos, and even the tavern in which he used to taste the wines of his land. In addition, the route also passes through the two sculptural monuments that the city has of its Fourth Caliph: a bust in the Plaza de la Lagunilla, and a set in the Plaza del Conde de Priego, looking to the church of Santa Marina, church where bullfighters like Finito de Córdoba have been married. Web with the route Rodriguez also reported that along with the guided tours, a web page on the route will be created, "so that interested people can know the places that comprise it," he said. There are still some fringes to be defined for the project, which is part of the Action Plan of the Cordoba Tourism Consortium, "and details that, for the time being, we will reserve until the project is launched. We are convinced that it will be well received, both by the people of Cordoba and by the visitors who arrive in the city ».

The lovers of bullfighting and the history of Cordoba will be able to remember this figure, the most representative right-hand man of his time. An artist with a conception of the party very in line with the sensibility of the amateur of that time. His way of understanding the fight is worthy of mention in the history of bullfighting. Manolete followed an inverse evolution to the one experienced by the majority of right-handers, who start pointing their bullfighting conditions, to finish dominating the supreme death. The Fourth Caliph managed to master this art from almost the beginning of his career.